“Dedicated to the men of the city of Willimantic Connecticut, who made the supreme sacrifice in the cause of freedom…in the flaming crucible of war, these patriots laid down their lives that all these peoples of the Earth might dwell together in peace.”-Willimantic War Memorial Plaque

“This memorial is erected in grateful appreciation by the city of Willimantic, 1953.”-Willmantic War Memorial 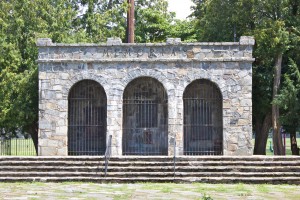 The little locale is unassuming, peaceful, and radiates a sense of solace. On any given day where the weather is warm people can be seen enjoying themselves in this scenic location. During my visit to this lovely little building the air was pulsing with the muffled sounds of grunge metal music and the chatter of children and their families. Elderly members of the Willimantic sit at the picnic tables on the edge of the little park playing board games and spending the day trading stories. Children play softball and baseball in the diamond located right behind the memorial.

The monument is dedicated to the members of Willimantic who served in World War I, World War II, the Korean War, and Vietnam. The memorial was erected in 1953 and has been updated since. 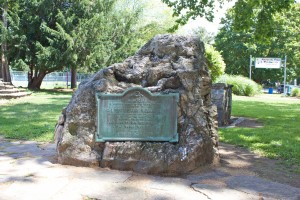 The names of the men listed on the plaques may seem anonymous to outsiders but the sacrifice these men made has cemented their place in Willimantic history.